Chromebooks are one of the most recent alternatives to traditional laptops with similar form factors and footprints. They are relatively cheaper (good for students!) and offer similar functionalities to laptops, making them a considerable opponent to expensive laptops.

So, the question is, is a Chromebook a good laptop for students? Is it really worth buying one?

Well, Chromebooks are ideal for the tasks that are not highly processor-intensive, such as word processing or spreadsheets, perfect for students. However, there are Chromebooks that do well under pressure as well but still fall behind the line in terms of heavy-duty works.

There are some things to consider when you’re after a Chromebook, which we’ll discuss in a minute. Let’s help you understand what a Chromebook truly is, is it a wise investment, and what are the differences between Chromebooks and laptops.

What is a Chromebook?

A Chrome is a specific type of laptop that runs on Google’s Linux-based Chrome OS. Chromebooks, as we earlier stated, are cost-effective laptops that are ideal for some office activities. In addition, this kind of laptop is lightweight and depends on the Chrome browser as its main UI. Therefore, whatever you can do on your Chrome web browser, you can do it on the Chromebook.

Although limited in access to Windows software, Chrome Web Store extension and Google Playstore still provide access to numerous software. In that contrast, if you do scientific simulations and use heavy software for projects, getting laptops for biology grad students will be a better decision. 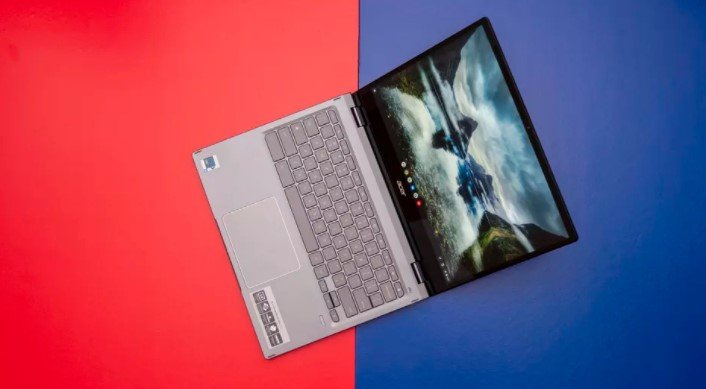 A great plus is that most Chromebook software can also function without an internet connection. Google has developed the Chrome OS to execute apps from Google Playstore and Chrome’s Web Store which houses thousands of software to handle all the basics. Fundamentally, the Chromebook relies on cloud-based services to execute its lightweight functionalities.

Due to its streamlined design and usability, the Chromebook is very famous within the academic sector. Though it can’t replace multifunctional laptops, it is a worthy alternative to students for sure.

The Chromebook takes after the look and feel of Windows OS, mimicking even the start button of Windows. It gives you the best access to any of Google’s services. Also, you do not need to go through rigorous setups. By signing in to your Google account, everything else will automatically link and set up.

Advantage And Disadvantage Of Chromebook

The Chromebook has some unique, noteworthy advantages but also with some limitations. Let’s have the pros and cons of the Chromebook outlined. 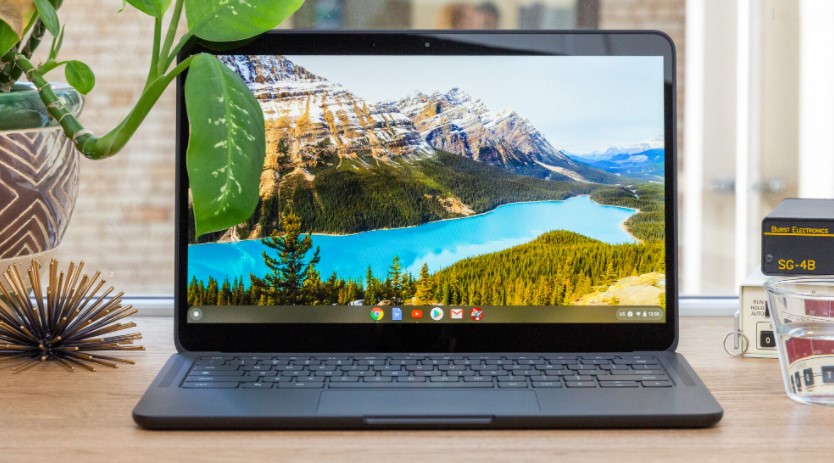 Advantages of the Chromebook

Chromebooks look, act, and feel like regular laptops but, they are much different in terms of the OS, price, and more. Here are the advantages you’ll get only from a Chromebook:

The Chrome OS is a lightweight operating system that needs low processing power and limited-processor intensive applications. This helps in speeding up the booting process of the laptops. In addition, Chromebooks don’t have many hardware components meaning that they are much lighter to carry around. Now, this is important if you’re a busy college student who doesn’t desire to carry a bulky backpack around every weekday.

Chromebooks are not general-purpose laptops. Although they can facilitate many Windows activities, they are very specific in design. Chromebooks were created to facilitate low processor-intensive software like word processors and other basic software effectively. They are ideal for these tasks and execute them efficiently.

Unlike the Windows OS or macOS that require much storage for faster processing and responses, ChromeOS doesn’t. Software in ChromeOS is smaller (web extensions and Google PlayStore applications) than those of Windows or macOS.

The ChromeOS is developed to be reliant on Cloud Computing services and applications. As a result, most of its applications are accessed online, but there are some available offline.

This is a great advantage to students in cases of gadget misplacement, theft, or damage. The information can still be accessed online if they were stored in any of Chromebook’s online software applications.

Chromebooks are relatively cheaper than normal laptops. Since there are not many hardware components, the cost of development is usually not expensive. Also, these computers are generally smaller and more portable than regular Windows laptops.

Chromebooks have a secure operating system, making it perfect for who want maximum security with their data. Additionally, if you install any malicious software, the laptop can easily be formatted.

Given the fact that there are not many hardware components, Chromebooks are more durable and can last longer. You don’t have to worry about any sensitive hardware becoming damaged if you drop your backpack a bit carefreely.

The ChromeOS offers a stable system. There’s no need for irregular software upgrades like that of Windows OS.

Apart from a ton of advantages, Chromebooks also have some potential drawbacks that you should know before buying one:

Unlike other operating systems, the Chromebook has a very low storage capacity. It usually ranges from 16GB-128GB in hard disk capacity.

Chromebooks were developed to be used online. However, the laptops are mainly internet-reliant and become limited in some accesses without the internet connection.

The Chromebook utilizes older processors and lower-quality RAMs. This is one of the reasons why Chromebooks are cheaper. Unfortunately, the ChromeOS doesn’t use very recent processors or RAMs, and consequentially, the laptop can become slow.

This will be discouraging for a student who tends to keep multiple tabs and software open. Furthermore, the network speed affects the speed of your computer. A slower network will lead to a slower computer and vice versa.

4. Inaccessibility To Most Windows Software

Noting that laptops software is a great necessity to pc owners or students, Chromebook has a limitation in this aspect. Since the Chromebook doesn’t provide direct access to Windows software, the student can be limited in access.

Chromebook, however, improvises and gives access to the Android version of Chrome Web extension version of this software.

Everything about Chromebooks is small—smaller screen, smaller dimensions, smaller keyboard, and smaller resolutions. This becomes a challenge if you have to continue with that small-screened laptop all year long.

Is A Chromebook A Good Laptop For College Students?

When someone asks is a Chromebook a good laptop for college students, we can say that it depends on some factors like:

However, if you want a system to implement specific features like Virtual Drivers, Code Compiling, and Executing, The Chromebook is not advisable.

What’s The Difference Between Chromebooks Vs. Laptops?

So, the final verdict, is a Chromebook a good laptop for college students? Well, now you know that Chromebooks are an effective choice for all students who don’t need plenty of power. If you  don’t play games occasionally and do only regular stuff like word processing, Chromebook is just fine.

The outlook is similar to the regular Windows OS; the differences commence within the system functionalities. If you have heavy tasks, whether related to your study or work, don’t get a Chromebook, only to save some money.