There has been a lot of technological changes in the computer world. From the bulky mainframe computers to mini-laptops, the change has been huge. Some people nowadays are not even sure whether a laptop is still considered a PC.

It is a fairly simple question with a straight answer. However, most people still misuse the term PC to stand for a Windows computer.

Without a doubt, computers have come a long way. Let’s dive deep and see what PC means and why people misuse it.

What Does Personal Computer (PC) Mean?

As noted earlier, PC stands for personal computer. A PC is a cost-effective general computer designed for a single person. It features microprocessor technology and runs on a single central processing unit, CPU. The CPU can be found on a single chip on the computer. 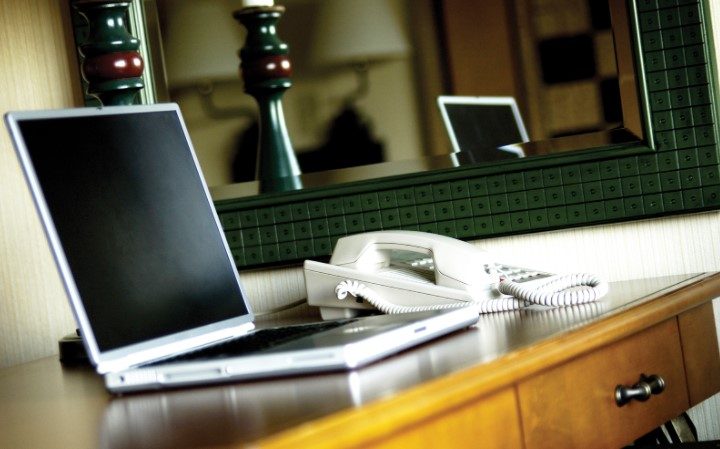 Personal computers are small and cost-effective. They are designed to perform various tasks at home or the office like accounting, word processing, publishing, playing games, multimedia entertainment, etc.

While PCs are designed for personal use, you can connect multiple PCs to work as a network. The CPU is like the PC’s brain and contains control circuity on a single Integrated Circuit (IC), logic, and arithmetic.

When computers were first introduced in the 1960s, only a few enterprises and universities could afford them. However, this changed in 1981 when IBM introduced the IBM PC. This was when the term PC became popular with more people able to afford them.

Technology by then had made it possible for a single person to own a computer, hence the term personal computer.

Is A Laptop Considered A PC?

You just have to look at the capabilities of the laptop. Does the laptop perform anything you want a personal computer to perform? The major confusion among people is comparing a laptop and a desktop.

However, a laptop is not considered a desktop. A laptop is extremely portable and can run on a rechargeable battery. A desktop is huge and hard to transport from one place to another. It is usually stationed in a single place.

Laptops and desktops are both personal computers, but with key major differences. For example, you can’t carry a desktop home after work, but you can carry a laptop.

There has been a tremendous evolution in computer technology to the book-sized folding laptops that we use nowadays. The first portable computers did not look like the laptops we use nowadays.

The same can be said of desktop computers, where monitors are nowadays lightweight and slim, taking minimal desk space. So, what do these two share, and what are the differences?

Differences and Similarities between Laptop and Desktop

Desktops and laptops remain the most common forms of personal computers.

Laptops and desktops are the two common types of personal computers. They are widely used and can fulfill different computing tasks.

They share several features but have some noticeable differences. So what are some of the major differences between a laptop and a desktop?

Generally, desktops are bulky and heavy. They require more space to install the CPU, monitor, keyboard, and mouse. Laptops, on the other hand, are extremely lightweight and portable.

However, most office settings prefer desktops because of their high storage capacity. They also feature more powerful processors to handle various task offices. They are perfect for video productions and gaming.

You can easily replace a manual hard disk on a desktop to easily increase data space. However, we are now seeing some top-notch laptops with powerful processors to meet most office demands.

Manufacturers are now making laptops that can handle more complex office tasks. You can now find a laptop for financial analysts that meets all the finance computing needs.

It is a lot easier to upgrade desktop features compared to laptops. You can completely rebuild a desktop. While you can swap a few components in a laptop like the RAM, it is not easy for an average user.

If you’re looking for a big screen, then a desktop is the best choice. While some laptops are large and can offer up to a 20-inch screen, desktops offer big screens generally.

Now that you know the differences between these two, let’s see what they have in common. First, these two are personal computers and function the same way. 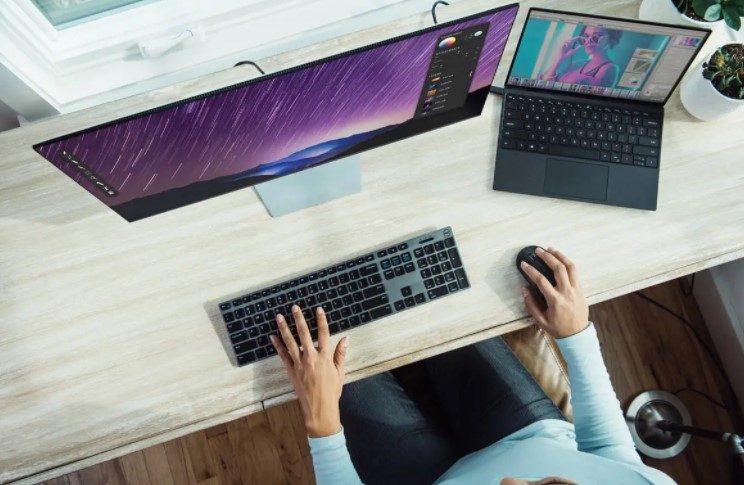 Both laptops and desktops run on the same operating systems. For example, they can both run on windows without any issues.

These two work the same and average users might not see any major differences in how they function. This is unless you’re doing some heavy video editing.

Why Do People Prefer Laptops Over Desktops?

Nowadays, almost everyone owns a laptop. But why do people prefer laptops over desktops? The first and most obvious reason is the portable size.

By design, laptops are extremely lightweight and compact. That means you can take them anywhere with you. After all, if you’re working in the office, you probably have a desktop. 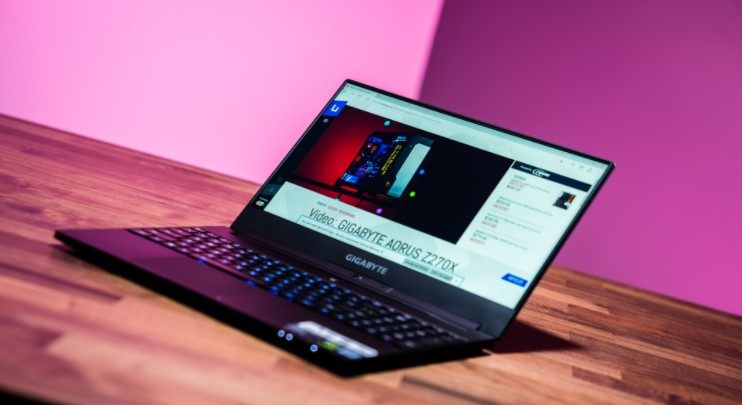 Laptops provide flexibility and convenience. You can take your office work at home with a laptop. With manufactures making more laptops than desktops, their hard drives now hold as much as what desktops hold.

Secondly, laptops are cheaper than desktops. Laptops also don’t have to rely on electricity 24/7 to run. Most feature long-lasting batteries that can last more than four hours. There are just so many reasons people prefer laptops over desktops.

Here are more reasons to get a laptop instead of a desktop.

However, this does not mean people are not getting desktops. If you handle heavy office tasks, then getting a desktop makes sense.

Are Laptops Able To Perform The Same Tasks As Desktops?

In a way, a laptop can perform the same tasks as desktops. Despite lacking powerful graphics and processors as desktops, laptops can still perform most tasks that desktops perform.

If you want to get a laptop to perform desktops tasks, consider the specific tasks. Some tasks are best suited for high-performing CPUs.

For example, if you’re into serious modern gaming, then a laptop will not perform the same as a desktop. However, if you’re a casual gamer, a laptop works fine. Professional gamers usually choose high-performing CPUs with stand-alone processors.

So, in a way, laptops can perform the same tasks as desktops, but to a certain extent.

Overall, desktops are better when it comes to performance, even with the same components. They cool much faster than laptops because of their large size. Laptops take longer to cool due to how things are packed.

Well, that’s it from me. At least now you know a laptop, and a PC means the same. If you’re thinking of getting a laptop or a desktop, think of your needs.

It all comes down to what works for you and what you want. If you perform extensive work from a single station, then getting a desktop makes sense. However, if you rarely sit for hours to work, perform light duties and use a computer often out of work, then get a laptop.

You can also get both a laptop and a desktop if you work from the office and other places. You don’t want to miss a task just because you’re away from a desktop.